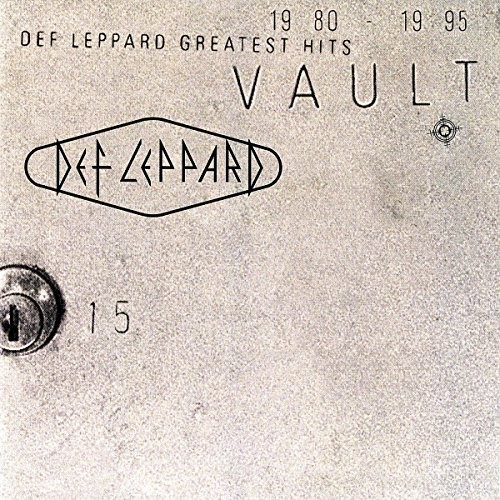 Double vinyl LP pressing. Vault: Def Leppard Greatest Hits (1980-1995) is the first greatest hits album and the second compilation album by English hard rock band Def Leppard. The album was originally released in 1995 by Mercury Records. Vault went on to be certified gold in four countries, platinum in three and multi-platinum in two. The album is currently certified 4x platinum in the US by the RIAA. The album featured one newly recorded song, "When Love & Hate Collide", which was released as a single. Def Leppard formed in 1977 in Sheffield as part of the new wave of British heavy metal movement. The band's strongest commercial success came between the early 1980s and the early 1990s.