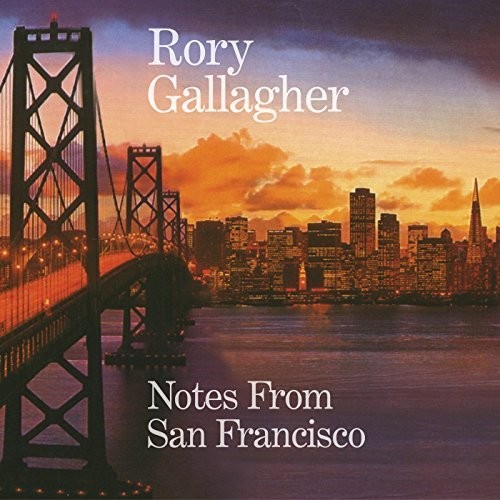 Rory Gallagher Notes From San Francisco (2018 NEW EUROPEAN Universal LP - 9 180 Gram Heavyweight Vinyl, Mastered From Original 1/4 Inch Master Tapes, Blues Rock, Rock And Progressive. Notes from San Francisco is a posthumous album by Irish musician Rory Gallagher. The first disc is a never released album that Gallagher recorded in San Francisco in December 1977. The album was to be a major shift for Gallagher. Rather than producing it himself, he worked with Elliot Mazer a successful producer who had a long track record with artists such as Bob Dylan, Janis Joplin and The Band. At the last minute - causing great distress to his manager and brother Dónal and to his record company - Gallagher decided to just pull the record.