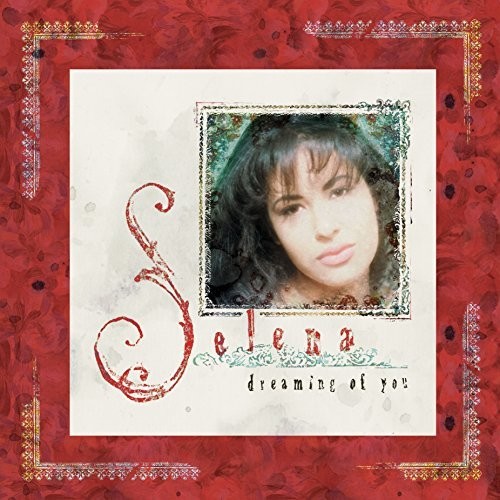 Dreaming Of You [Vinyl]
Artist: Selena
Format: Vinyl
New: Call 919.821.7766 or Email us to purchase or check availability

Double vinyl LP pressing. UMLE is releasing Selena's English album in vinyl. Dreaming of You, Selena's final album, became the first Tejano album to reach #1 in America and was double platinum by the end of the year. Includes 13 all-time hits (six Spanish + seven English) including "Como La Flor", "Bidi Bidi Bom Bom", "Amor Prohibido", "I Could Fall in Love", "Missing My Baby" and "Dreaming of You" among others. Selena became the first recording artist to place five Spanish language albums simultaneously on Billboard's Top 200 Albums chart. Called the Queen of Tejano music, Selena's contributions to music and fashion made her one of the most celebrated Mexican-American entertainers of the late 20th century. Billboard magazine named her the "top Latin artist of the '90s" and the "best selling Latin artist of the decade". Media outlets called her the "Tejano Madonna" for her clothing choices. She also ranks among the most influential Latin artists of all-time and is credited for catapulting a music genre into the mainstream market.