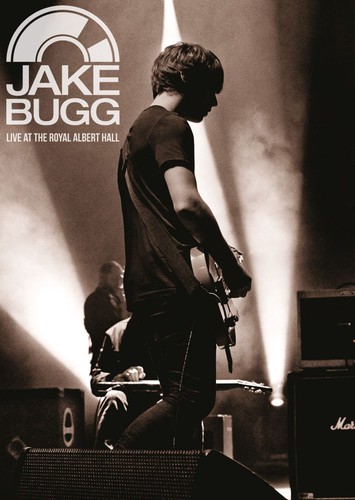 Blu-ray/Region All. 2014 live release from the acclaimed British singer/songwriter. This disc contains his incredible, once-in-a-lifetime performance at the legendary Royal Albert Hall, filmed on 21st February 2014. The performance spanned material from his two albums to date - his eponymously-titled #1 debut and the Rick Rubin-produced Top 3 follow-up SHANGRI LA. The film features highlights from a sensational night, and is intercut with a backstage interview with Jake, as well as chats with special guests Michael Kiwanuka and Johnny Marr who joined Jake for 'Tell Me a Tale' (Kiwanuka) and 'Kingpin' and 'Slum Ville Sunrise' (Marr). They then both joined Jake for a thrilling 'Lightning Bolt' that raised the roof. 'Broken' sees Jake accompanied by a ten-piece choir, put together from the Albert Sessions that he had been involved with that week. The film was shot beautifully by director Charlie Lightening whose credits include Paul McCartney, Paul Weller, Black Sabbath and Arcade Fire.