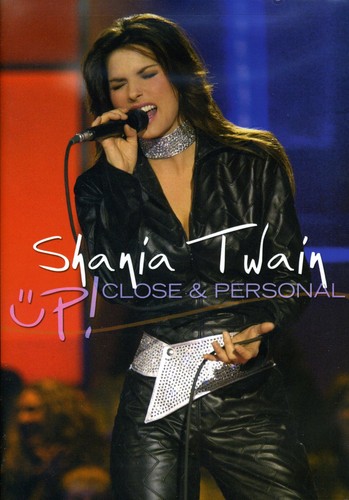 The blurb on the DVD case says that this intimate concert (300 invited guests) was taped for NBC "in the spirit of Elvis' 1968 concert special." Twain is a fine singer and has an appealing, approachable charisma, but even in front of adoring fans, she lacks the vocal power to make this performance anything special. A black leather suit does not a female Elvis make.

Whatever you think of Twain's music, it's undeniable that she takes her country roots seriously. Performing in a stripped down setting with Alison Krauss and Union Station, plus the drummer from her road band, Twain puts the emphasis on the song, and therein lies the problem. She and her writer/producer husband Mutt Lange turn out million selling songs, many of which leave little impression. The exceptions-the solid honky-tonk rocker "Whose Bed Have Your Boots Been Under," the smooth R&B number "You're Still the One" and the salute to working women "She's Not Just Another Pretty Face"-call attention to the blandness of the other tunes.

Her guests do their best to elevate the material, with Krauss' angelic harmony vocals and the pointed dobro leads Jerry Douglas drops in the tunes are particularly notable, but the songs lack the necessary tension. When Twain closes with a country-style cover of "You Shook Me All Night Long," the song's dynamics, energy and killer hook make everything else here sound as flat as the DVD they're pressed on.