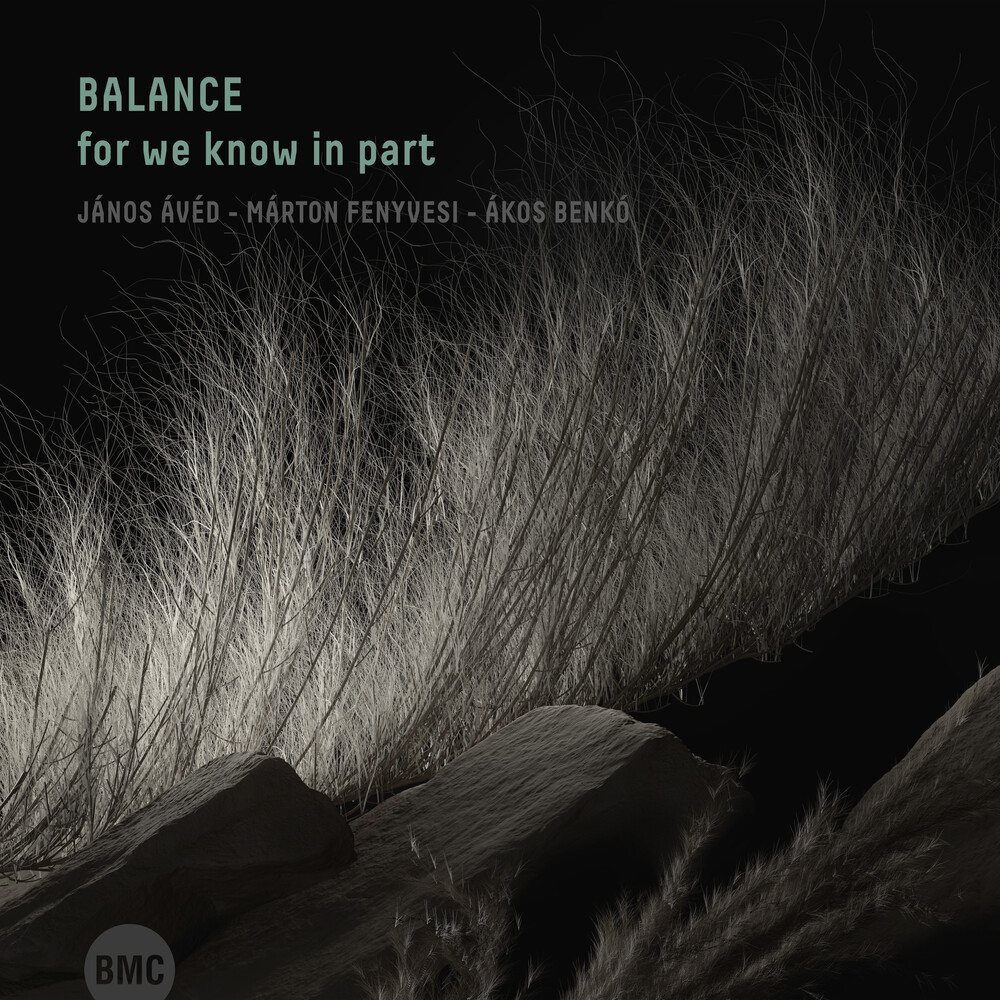 With the second CD by the Balance trio, JĂˇnos AvĂ©d places the emphasis on quality listening. Not merely in the music sense of the word: the band leader-saxophonist has encapsulated his whole basic attitude as a human being and artist into these compositions, which thus point far beyond the the musical areas bounded by a notated score. "Am I open enough to accept?" This question lies behind the compositions throughout, and invites the listener to pay deep attention, to take part, similar to that with which the composer himself busies himself in the world, and which he shares with guitarist MĂˇrton Fenyvesi and Akos BenkĂł on this new album by BMC Records. For we know in part runs the title, just so, with the transience of lower case letters. "People always want to overcome their own limitations. I realized that what we try to do with our own strength always remains finite and human. So actually the important thing is not what we do, but the direction in which our actions point, and if something is really good in music or in me, then it does not originally spring from me; it is something I receive" says saxophonist-bandleader JĂˇnos AvĂ©d, explaining the title. And this artistic attitude, rooted in an awareness of fragmentation, results in quite novel musical forms. This album features compositions with writing based on the prosody of speech, a rhythmic-based composition evoking the instantaneousness of improvisation, a folk-ballad atmosphere enriched with electronics, and a piece that gives a major role to silence. In spite of all the different stylistic elements and colours present on the album, JĂˇnos AvĂ©d and the musicians in Balance, guitarist MĂˇrton Fenyvesi and drummer Akos BenkĂł, launch every note from the same position: a basic attitude of inexhaustible seeking, aiming to know the whole. They demand this of the listener too, for without dedicated attention this CD will admit the listener at most as far as the entrance hall.