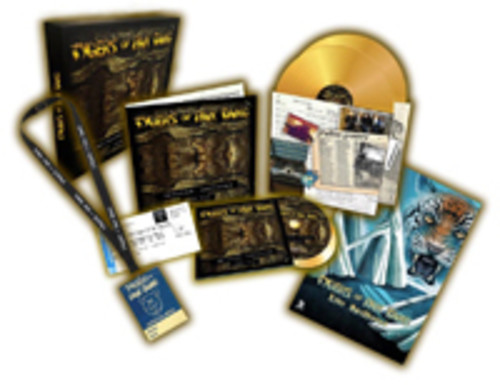 Back in October 2016 when their last album was released Tygers of Pan Tang couldn't really have predicted that it would be the birth of their most successful line-up since the heady days of the NWOBHM. But, that's what the evidence would suggest. Touring Europe with perhaps their appearance at the Barcelona Rock Festival alongside Kiss and Ozzy being a high point. However, the greatest moment might have been their return to Japan to a sold-out reception in Tokyo. So really they should be taking some time off. But no time for that. Final preparations are being made for the release of a new record set for May 2019. Touring will follow covering as many countries as is physically possible and hopefully visits to parts of the UK that haven't seen the band for some time. The Tygers full renaissance is unveiled with the Hellbound, Spellbound - Live 1981 box set which features a gatefold colored 180g 2LP edition of the album, a digipack CD with a 20-page booklet, exclusive A2 poster signed by Robb Weir, original laminated tour pass, and last but not least a ticket to Tygers Of Pan Tang live at Nordic Noise Rock Festival on May 11th, 2019.