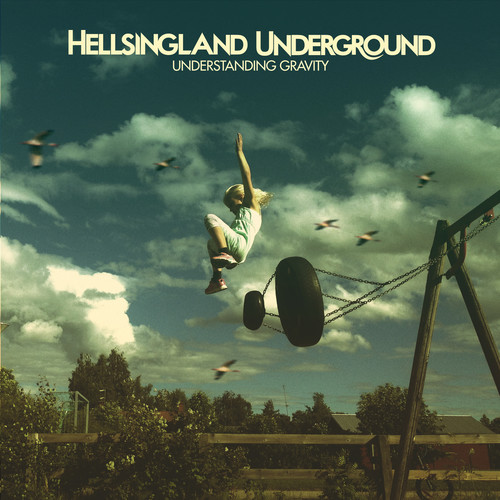 2016 release from the Swedish rockers. Hellsingland Underground was formed in the summer of 2006 when singer Charlie Granberg moved back to his hometown Ljusdal, in the HĂ¤lsingland county in northern Sweden. This was back in the heydays of MySpace and after having uploaded their first couple of song in the beginning of 2007, they quickly draw a lot of fans from all around the world. They had several number ones in different MySpace charts that just added their popularity even further. Their first self-titled album was released in March 2008, followed by intensive touring. Their second album Madness & Grace that came out in the spring of 2010 took them all the way to the Swedish Top Ten album list, landing at #6, before the likes of Lady Gaga, Pink and others. More touring followed, in both Sweden and Europe, mainly Germany where they also did a full TV show for Rockpalast and played at a maximum security prison for the inmates. Their third album Evil Will Prevail came out in September 2012. Hellsingland Underground's main goal has always been to create great songs with longevity and depth, which they prove even better on Understanding Gravity.
back to top