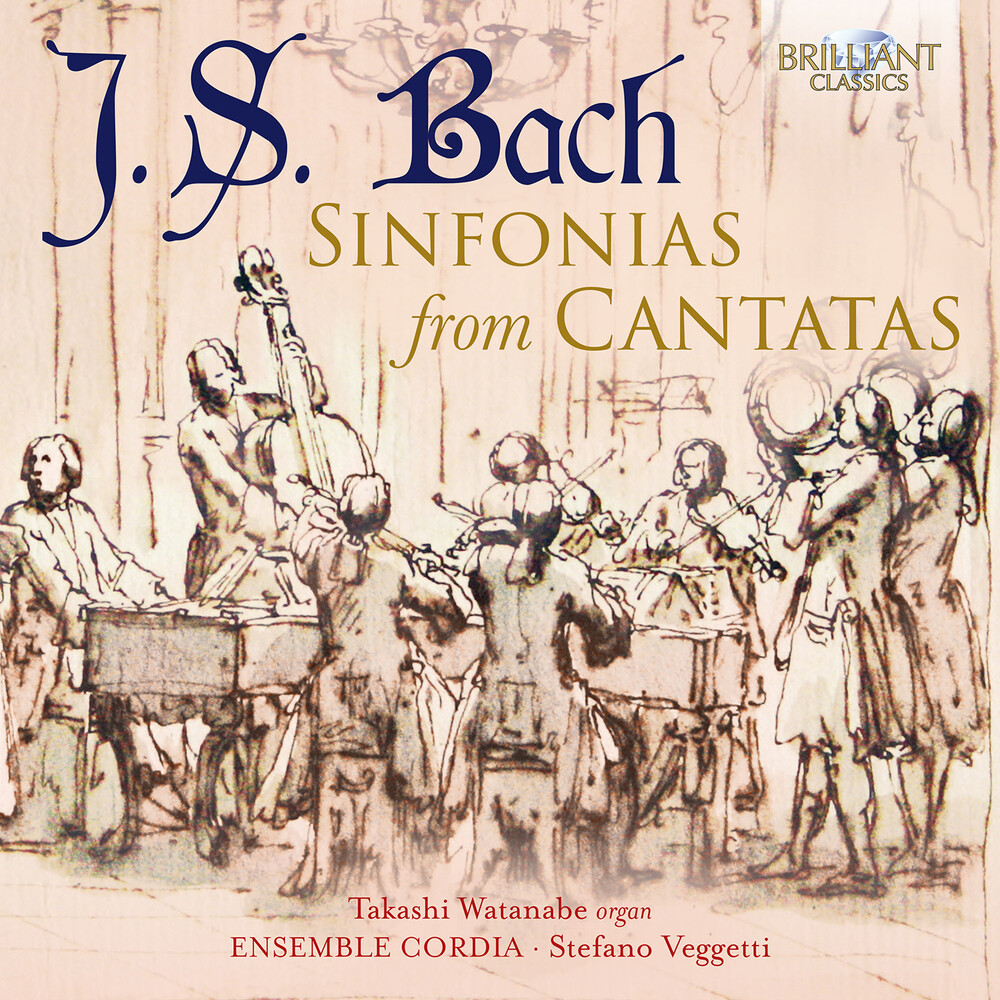 By transcribing it's haunting Sinfonia for two pianos, György Kurtág gave the early 'Actus Tragicus' funeral cantata by Bach a second life. He was only following good Bachian practice, which was to make the best of what was available to him. In his sinfonias, Bach often reused movements from previously composed longer instrumental works - some of them now lost in their original, others still very much with us, such as the Brandenburg Concertos. When adapting the first movement of the Third as the opening gambit of BWV174, Bach added wind and a pair of virtuoso horn parts with a flair and audacity that would make most modern transcribers quail. The album ends with a much straighter transcription of the exuberant hunt music for the horn-led first movement to Brandenburg No.1 repurposed as the Sinfonia to BWV52. Several of his sinfonias call upon the services of an organist who takes center stage - perhaps Bach himself, though he may have been writing for a visiting soloist. Here is the expansive opening movement, in a startling new guise as the Sinfonia to BWV146, of the magnificent D minor Harpsichord Concerto which, along with the Fifth Brandenburg, became effectively the Old Testament for the Romantic-era piano concerto. The original source for the sinfonia to BWV169 is now lost, but it's material is shared with the better-known Harpsichord Concerto BWV1053. This is the Bach concertos album you never knew you could have; the sinfonias are too rarely heard outside their original sacred context. Here they are performed on 'period' instruments by the experienced hands of Ensemble Cordia, who have assembled an impressive catalogue of Baroque favorites and rarities on Brilliant Classics, with the starring role given to their regular continuo player, Takashi Watanabe.