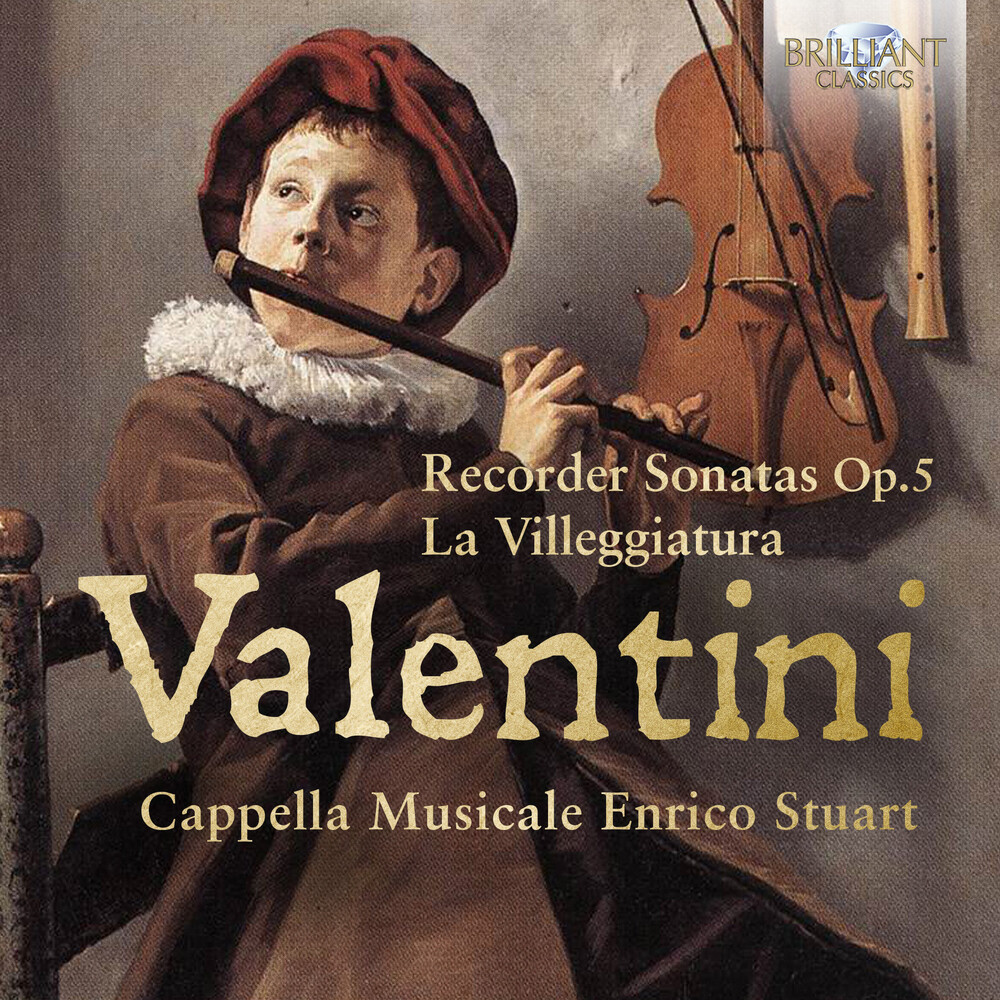 Roberto Valentini (1671-1747) was born in England in Leicester in 1671, the fourth child of a fairly wealthy family. He remained in his homeland until his twenty-first birthday, when, to complete his musical studies, he emigrated to Italy, settling in Rome. He made his name as a multi-instrumentalist (he played flute, violin, cello and oboe) and started in the music publishing business, successfully publishing his own works. Valentini's style was first influenced by the instrumental tradition of Corelli, but in his later works he embraced the then upcoming Galant Style, with a strong emphasis on melody, charm and brilliance. This new recording contains the 12 sonatas for flute (that is the recorder) and basso continuo Op.5, as well as "La Villeggiatura', a set of 6 sonatas for two flutes. Performed by the Cappella Musicale Enrico Stuart, with Carolina Pace and Romeo Ciuffa on recorder, accompanied by viola da gamba, theorbo, guitar, harpsichord or organ. The group already successfully recorded chamber music by Boismortier for Brilliant Classics.
back to top