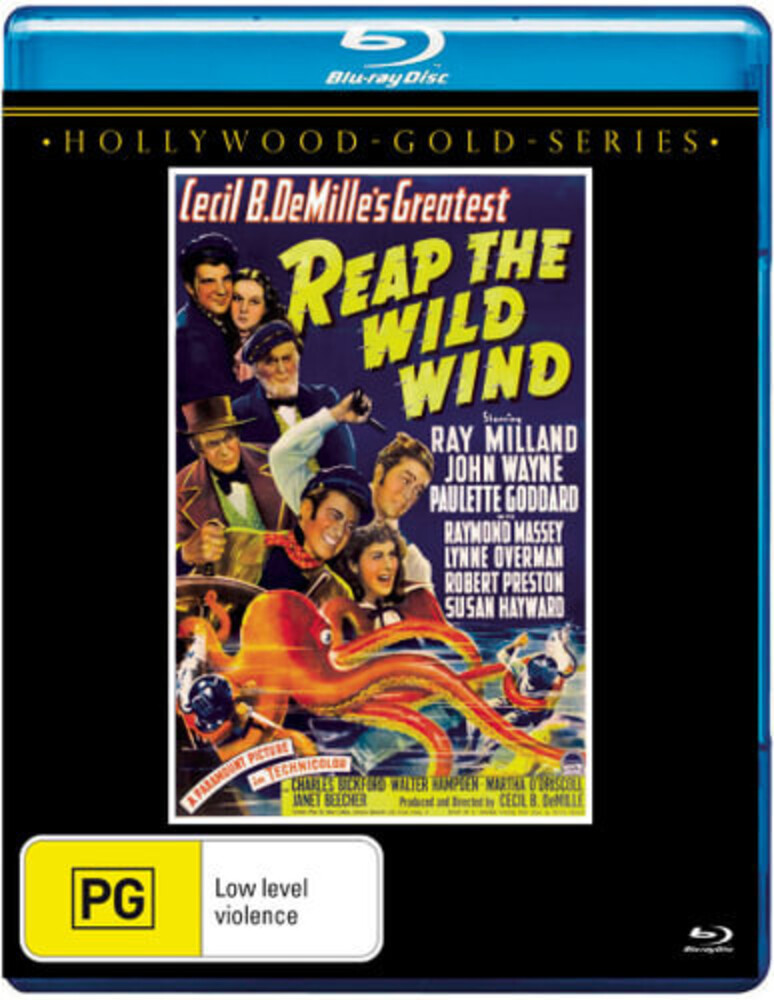 Typically lavish Cecil B. DeMille sea epic, set in the 1840s Florida Keys, with John Wayne as a skipper accused of deliberately wrecking his ship. Paulette Goddard is the salvage boat owner who falls for him, and Ray Milland is the lawyer who comes between them. Exciting underwater scenes include a tussle between the Duke and a giant squid; with Raymond Massey, Robert Preston, Susan Hayward. 124 min. Standard; Soundtrack: English. Region Free