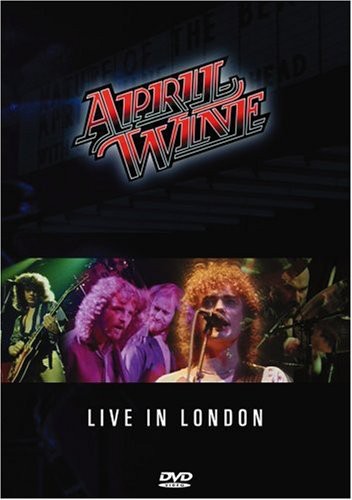 I Like to Rock: Live in London
Artist: April Wine
Format: DVD
New: In Stock $15.96
Wish

NTSC/Region 0. The first ever DVD release featuring classic archive material from Canada's most popular Rock band. I Like to Rock contains a full show the band played at London's Hammersmith Odeon during their 1981 tour of the UK. April Wine formed in late 1969 in Halifax, Nova Scotia. "Fast Train," their first hit, appeared in 1971, the same year as the self-titled debut album. The next year brought the band's first Canadian number one single, 'You Could Have Been a Lady', from the on Record album. In 1976, the Whole World's Goin' Crazy became the first Canadian album to go platinum and their resulting tour was the first to gross one million dollars. After 1978's First Glance and 1979's Harder... Faster, 'Just Between You and Me' became April Wine's biggest U.S. hit. The single propelled 1981's Nature of the Beast album to platinum-record status. Cherry Red. 2008.