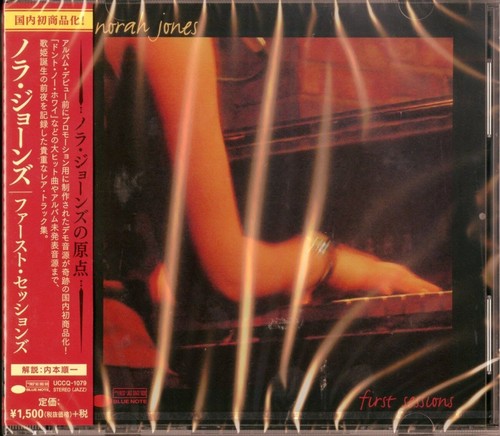 2017 Japanese reissue of her First Sessions EP, originally released in 2001. The EP was a limited release of approximately 10,000 copies which were available on Jones' website and at live shows. As the name suggests, First Sessions marked the first recordings made by Jones after being signed with Blue Note Records. Label A&R Brian Bacchus put the singer with experienced engineer Jay Newland to record demos of around nine songs. Six of these were chosen for the sampler release First Sessions, while the remainder were set aside for consideration for her debut album Come Away with Me. Ultimately, most of the songs featured here ended up on Come Away with Me. Blue Note Japan. 2017.