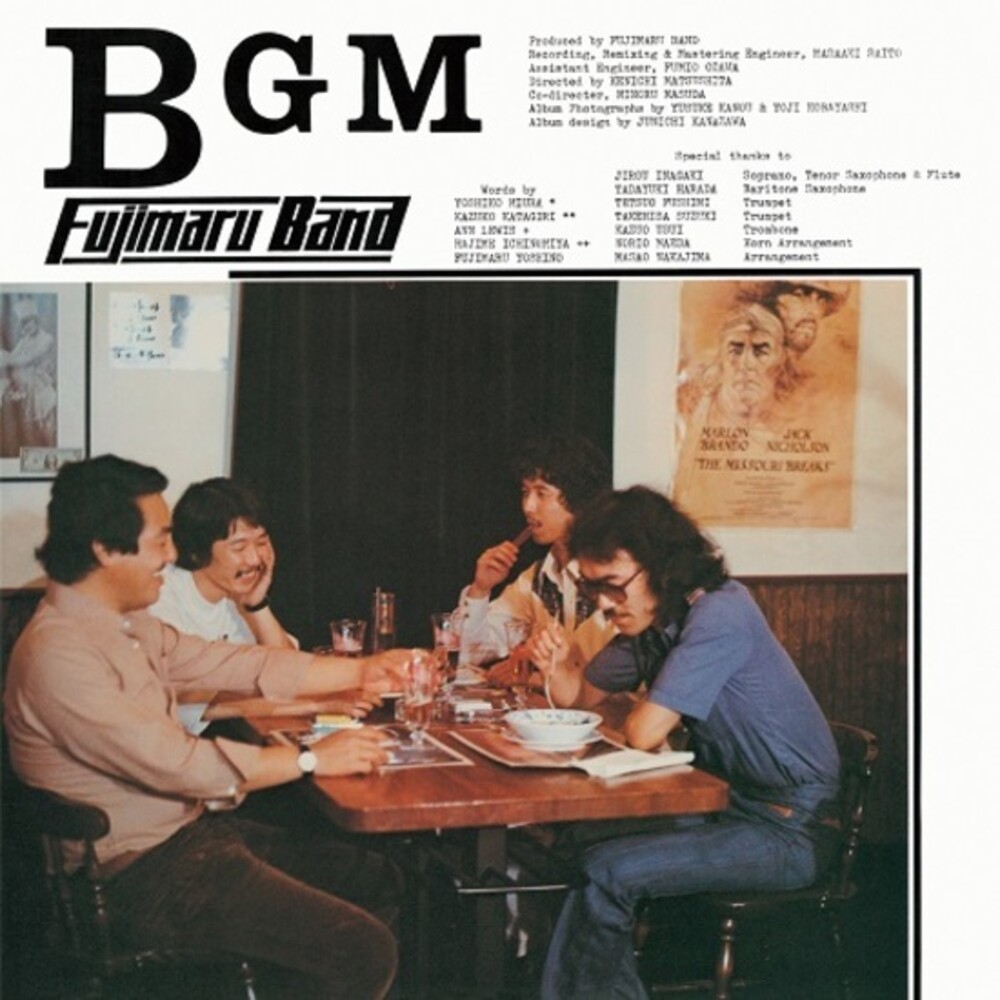 Yoshino Fujimaru's substantive leader 'BGM' is finally reissued for the first time in 40 years! The only one in the 77th year of the Fujimaru Band 'BGM' by the unusual guitarist Fujino Yoshimaru who led the hot AB'S who is also popular from the direction of Japanese BOOGIE, SHOGUN who worked on the theme song of the TV drama 'Detective Story.' It's finally an analog reissue 40 years after it's release. Formed around tour members of Hideki Saijo who backed up at that time. The fusion-funk color that is adopted extensively later is slightly suppressed. A resort instrument 'Paper Machine' where talented musicians trained in numerous sessions spun grooves into mellow. Includes urban city pop tune 'I Know It's Gonna Last' with a scent of Yoshino's manly and moody singing. It is a charming piece of relaxed air that is also transmitted from the artwork.