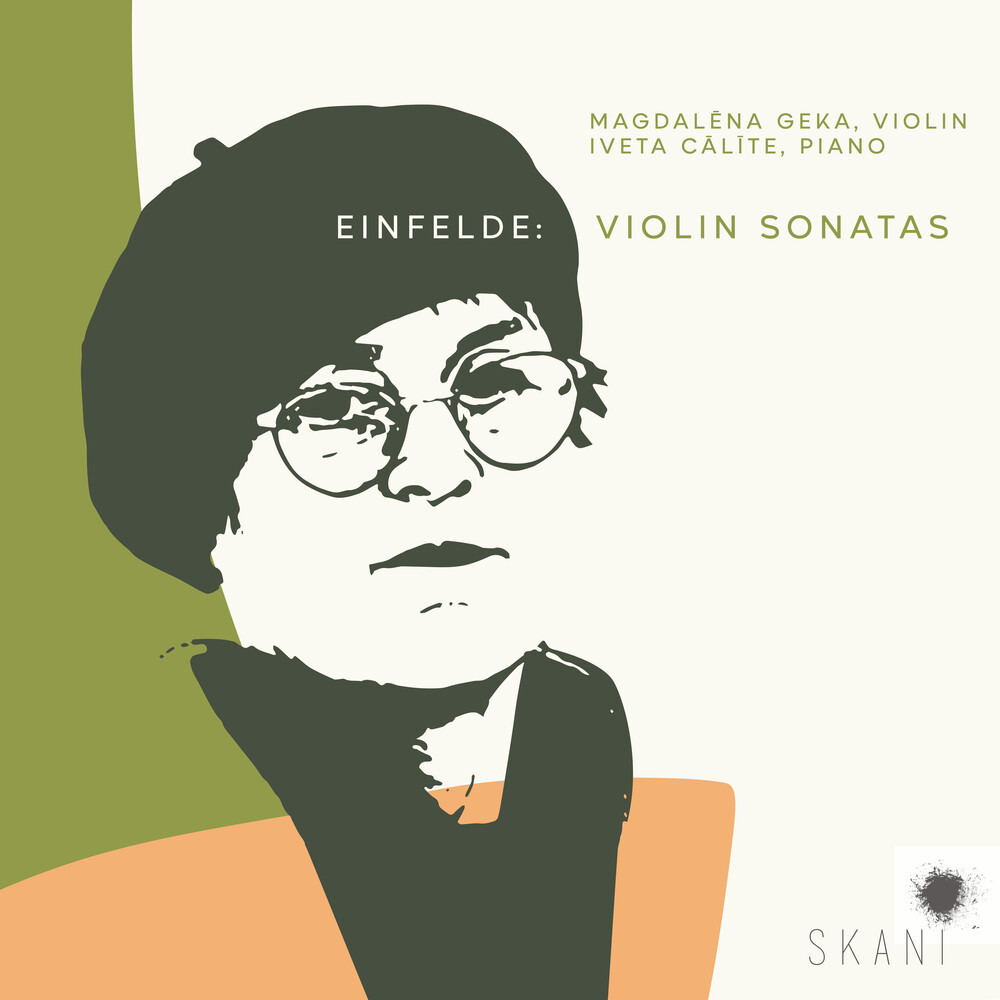 The debut album by talented Latvian violinist Magdalena Geka features world premiere recordings of the violin sonatas by one of the now most recognized and prominent Latvian women composers, Maija Einfelde. Maija Einfelde blossomed slowly, travelled a difficult road of non-recognition, and, in her mature years, experienced a spectacular wave of recognition, which has not subsided even until this day. Maija's body of work begins with the vocal cycle "Krasas" (Colours), composed in 1975. Her earlier works were destroyed without pity, only a few orchestra parts, or a piano reduction for a solo part, have been preserved. The Composers' Union only accepted Maija Einfelde thirty years after graduating the Latvian Conservatory. At that time, many professionals considered women composers to be a rarity. Maija herself received particularly destructive ironic and critical arrows. Musicians occasionally say (earlier this was said more often) - there is much darkness in Maija's music. "Perhaps that is my battle with the Composers' Union during Soviet times" Maija says. And then one wonders - how much of that is true, or perhaps it is more Maija's characteristic harsh humour. Maija Einfelde mainly composes for specific musicians. Her first violin sonata was composed for Indulis and Ilga Suna. Her second and third, as well as her Sonata for solo violin, were for the violinist Janis Bulavs. "He amazes me, how he feels the music, how he understands music and how he, as a person, is still responsive and even unrestrained (we are still in touch), he was able to tell me everything directly, even if something seemed wrong, and I was not insulted. A phenomenal violinist, a true musical soldier. "A careful listener will notice Maija Einfelde's occasional desire to put her a monogram of her last name - E-F-E-D-E - in her music, for example, in the first movement of Sonata No. 2, at the 00:45 mark. The composer neither confirms nor denies the occasional noticeable intonative similarity with the music of Messiaen. The Sonata No. 2 includes a motif from the Latvian folk song "Ej, saulite, driz pie Dieva" (Go, Sun, Soon to God). On the other hand, she admits to possible reflections of Janis Ivanovs' vocalises: "I really like his vocalises, perhaps they are the Ivanovs works that I like the most. " The violinist Magdalena Geka has performed throughout Europe both as a soloist, as well as a chamber musician, performing in such places like Wigmore Hall in London, the Paris Philharmonic, the Hercules Hall in Munich. Her name has been known to Latvian audiences since her bright debut with the Latvian National Symphony Orchestra in the autumn of 2014, which was followed by a nomination for the Latvian Great Music Award
back to top