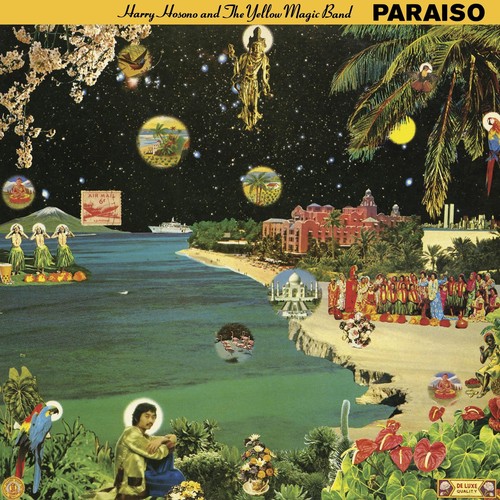 Following Tropical Dandy (1975) and Bon Voyage Co. (1976), Paraiso is the concluding saga in his "Tropical Trilogy." The album can be seen as a turning point in Haruomi Hosono's career, having been newly signed to Alfa Records by label head Kunihiko Murai. Hosono expands on the Van Dyke Parks-inspired tropical funk styles explored in the previous albums, and arrives at a captivating fusion sound that's at times equally earthy and exotic. Hinting at the breakthrough sounds he would perfect with Yellow Magic Orchestra, Hosono uses synthesizers to provide otherworldly textures and a spiritual undertone to songs like "Femme Fatale" and the title track. On his Caribbean-style take on the Okinawan folk song "Asatoya Yunta" and the synth/gamelan workout of "Shambhala Signal," Hosono takes traditional melodies and mixes them into his own inimitable stew. Featuring a host of well-known musicians like Taeko Ohnuki, Hiroshi Sato and his future bandmates Yukihiro Takahashi and Ryuichi Sakamoto, Paraiso perfectly encapsulates Hosono's eccentric worldview that has shaped his solo career, right before his techno-pop project would blast him into the stratosphere.
back to top