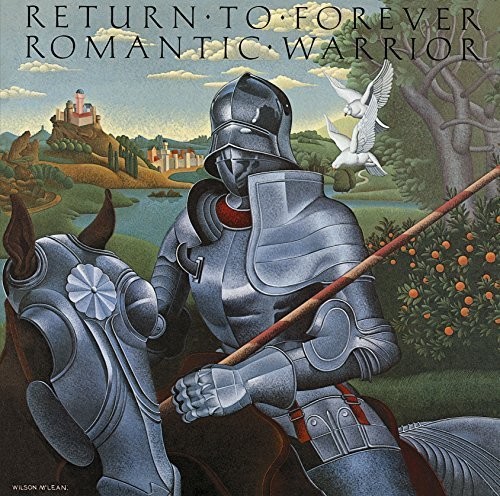 Romantic Warrior (1976) is the sixth studio album of fusion band Return to Forever. Romantic Warrior is the band's bestselling, record reaching eventual sales of 500,000 copies. It was the group's first album made for Columbia Records, which may have had a positive effect on sales. This is also the first jazz-rock album by Return to Forever that was not recorded at New York's Record Plant Studios; instead it was recorded entirely at Caribou Ranch). It was also the first to be credited solely to Return to Forever, removing the "featuring Chick Corea" moniker. The album is more avant-garde and less funky than the band's previous album, No Mystery (1975).