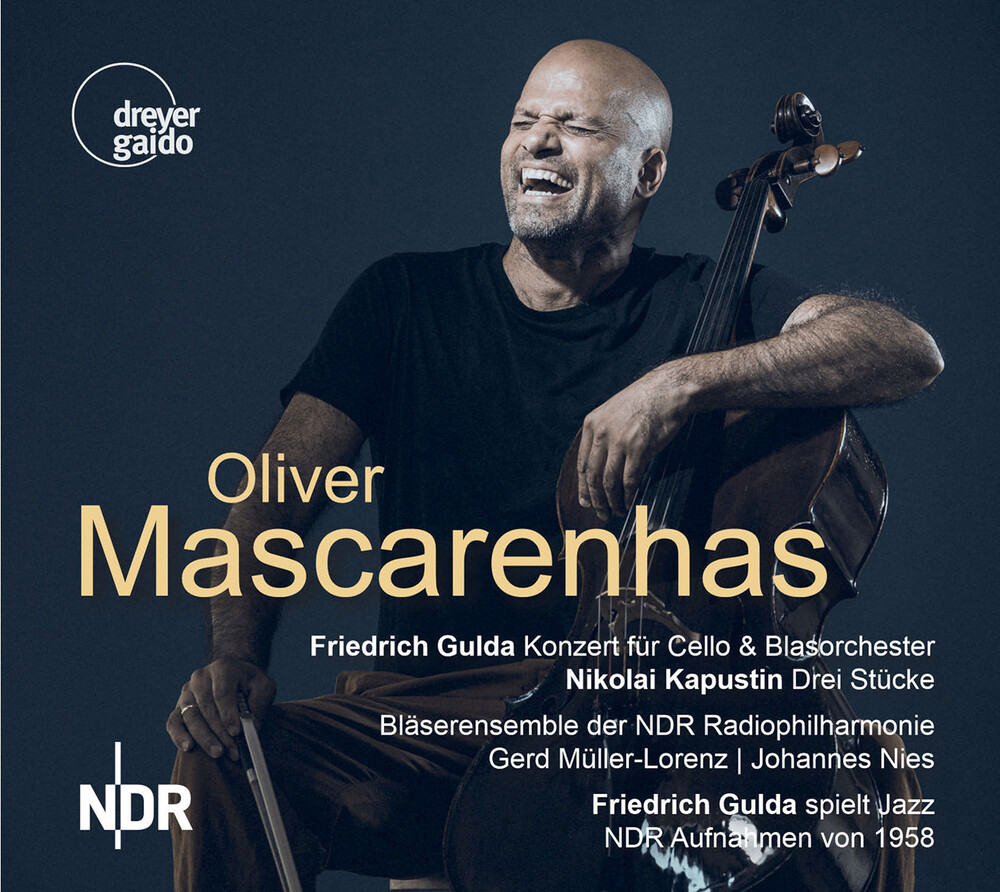 The very first audition brought Oliver Mascarenhas to the NDR Radiophilharmonie Hannover in 1997. This was followed by a busy concert schedule, radio and television productions, and successes at international competitions. On his first album production, Oliver Mascarenhas presents himself as a highly virtuoso interpreter of the cello concerto by Friedrich Gulda as well as three pieces by the Russian jazz composer Nikolai Kapustin, who died in July 2020. As grandiose bonus tracks we hear Gulda with four jazz standards, recorded in 1958 at the NDR. On bass none other than the young Hans alias James Last.