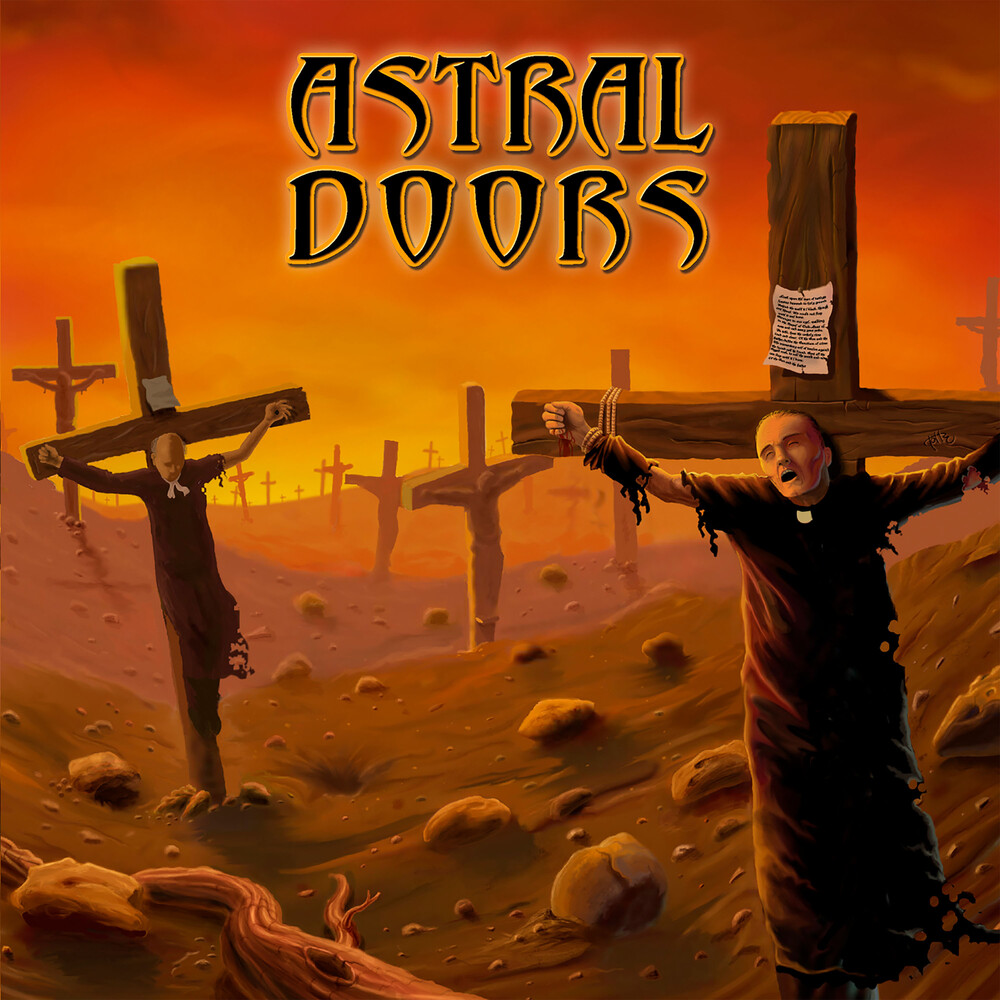 Orange Vinyl. The fantastic debut album of the Swedish Hard'n'Heavy legend for the first time on orange vinyl including printed inner sleeve with lyrics and liner notes!With "Of The Son And The Father" in 2002 the band from Borlänge laid the foundation for their successful career with worldwide chart successes that continue to this day.Tracks like the title song or the epic "Cloudbreaker" are still an essential part of every Astral Doors concert. "Of The Son And The Father" shines in the style of a "Headless Cross" (Black Sabbath). Every track on this album is sugar and it goes down like oil."10 out of 10 on Crossfire Metal. "On their debut album ASTRAL DOORS really hit the retro notch and celebrate on "Of The Son And Of The Father" perfect Hard Rock / Metal in the sense of old heroes like Black Sabbath, Rainbow and Deep Purple." (music reviews) "Of The Son And The Father" is an introductory work, which is timeless and of which the Swedes can be incredibly proud. (Stormbringer)