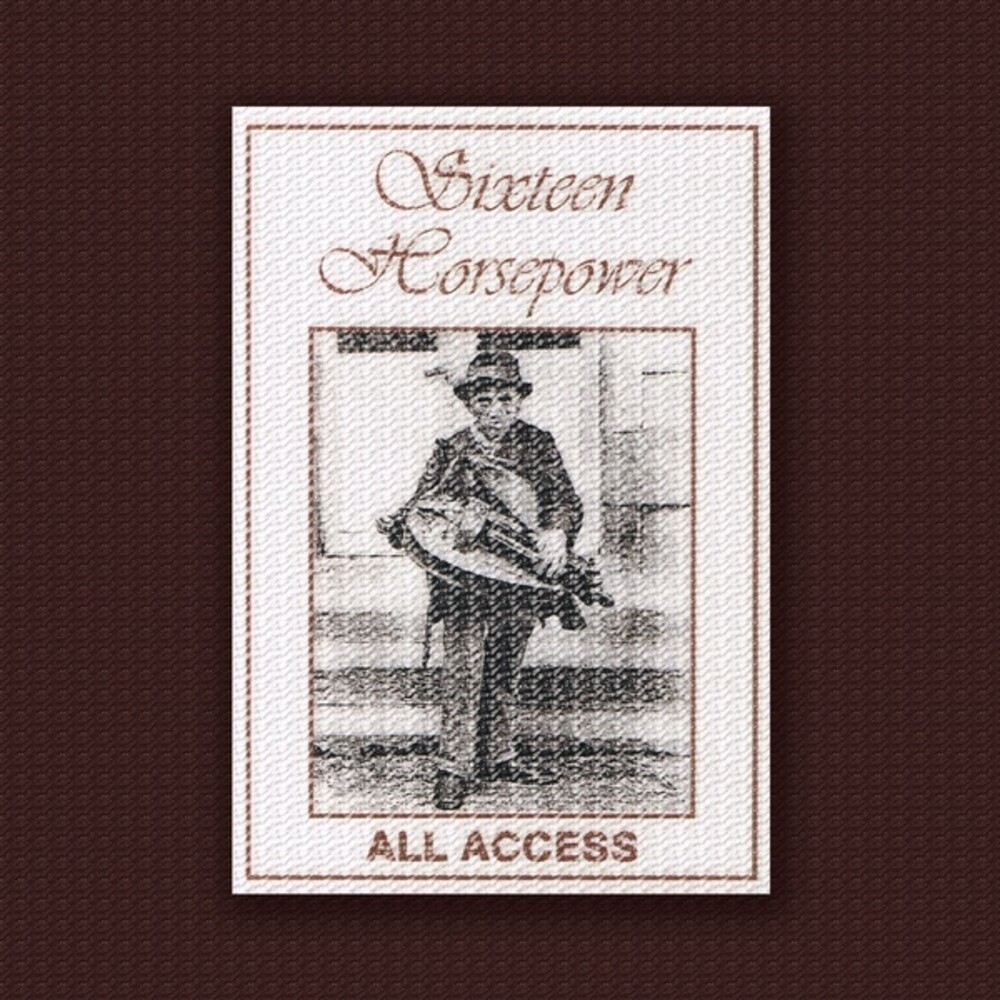 All Access
Artist: 16 Horsepower
Format: Vinyl
New: Call 919.821.7766 or Email us to purchase or check availability

16 Horsepower were one of the most unique and inspirational bands in the history of alternative rock. Comprising of Jean-Yves TolĂ  (ex-Passion Fodder/Lilium) on drums, Pascal Humbert (Passion Fodder/Lilium/DĂ©troit) on bass, and the charismatic front man David Eugene Edwards (guitars, banjo, bandoneon), they recorded two, highly acclaimed studio albums for A&M in the nineties. The band moved on to Glitterhouse in 2000 to release their undisputed rock-masterpiece Secret South, now with Steve Taylor on electric guitar as a fourth member. Their subsequent tour in 2001 was a triumph, and found it's way onto CD with the most impressive double album Live, March 2001. The Guardian raved about their London show: "Tonight, 16 Horsepower are the best band in the world." And anyone who witnessed a 16 Horsepower concert will agree. Three years after the release of Secret South the band - now comprising of the core trio again - recorded their darkest, most folky piece of music, Folklore, which is often described as the most intense work of their career. Sadly enough, this album became the swan song of one of the greatest bands of all time. Glitterhouse were their partners during this period, which is widely considered the band's most exciting and creative of their career. Glitterhouse now present these three classic albums in a limited-edition box set titled All Access, all carefully remastered for vinyl. Secret South and Folklore both have been out of print for a long time (and sell for outrageous amounts of money) and for the first time ever, Live March 2001 is seeing the light of day on vinyl. All Access is a must for fans of 16 Horsepower and a great starting point for everybody who missed them the first time around. Includes reprints of the original tour posters from 2001 and 2003, download codes for all three albums, and reworked sleeves. 180 gram, virgin vinyl.