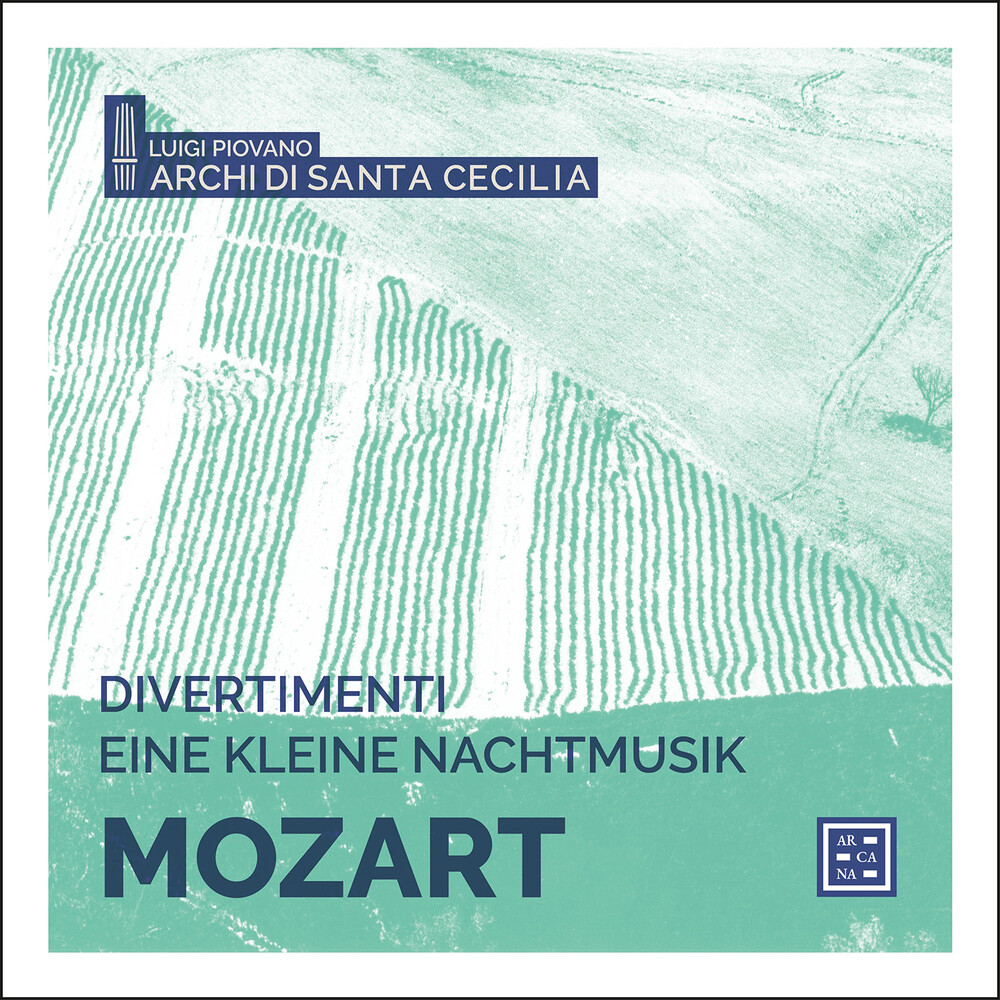 The Arcana label continues it's fruitful collaboration with the Archi di Santa Cecilia, the Rome-based ensemble formed from members of the famous Orchestra of the Accademia Nazionale di Santa Cecilia. The ensemble is conducted by Luigi Piovano, the orchestra's principal cellist and since 2007 a regular partner in a cello-piano duo with Sir Antonio Pappano, it's chief conductor (their recording of the Brahms cello sonatas will be released later this year). The Archi di Santa Cecilia now offer us a brand new recording devoted to Mozart: the famous Serenade Eine kleine Nachtmusik K525 and the less familiar but equally brilliant Divertimenti K136, K137 and K138. The combination of such luminous music and the virtuoso skill of the players is bound to elicit enormous enthusiasm. Their previous recording of the Tchaikovsky and Dvorák Serenades met with outstanding acclaim, leading Janos Gardonyi in the Canadian magazine The Whole Note to describe the relationship between Piovano and his group in the following terms: 'I imagine the orchestra moves with him and his every gesture. A tremendous rapport, like hypnosis, that only a Gergiev, Ozawa, Solti or the great Karajan could muster.'