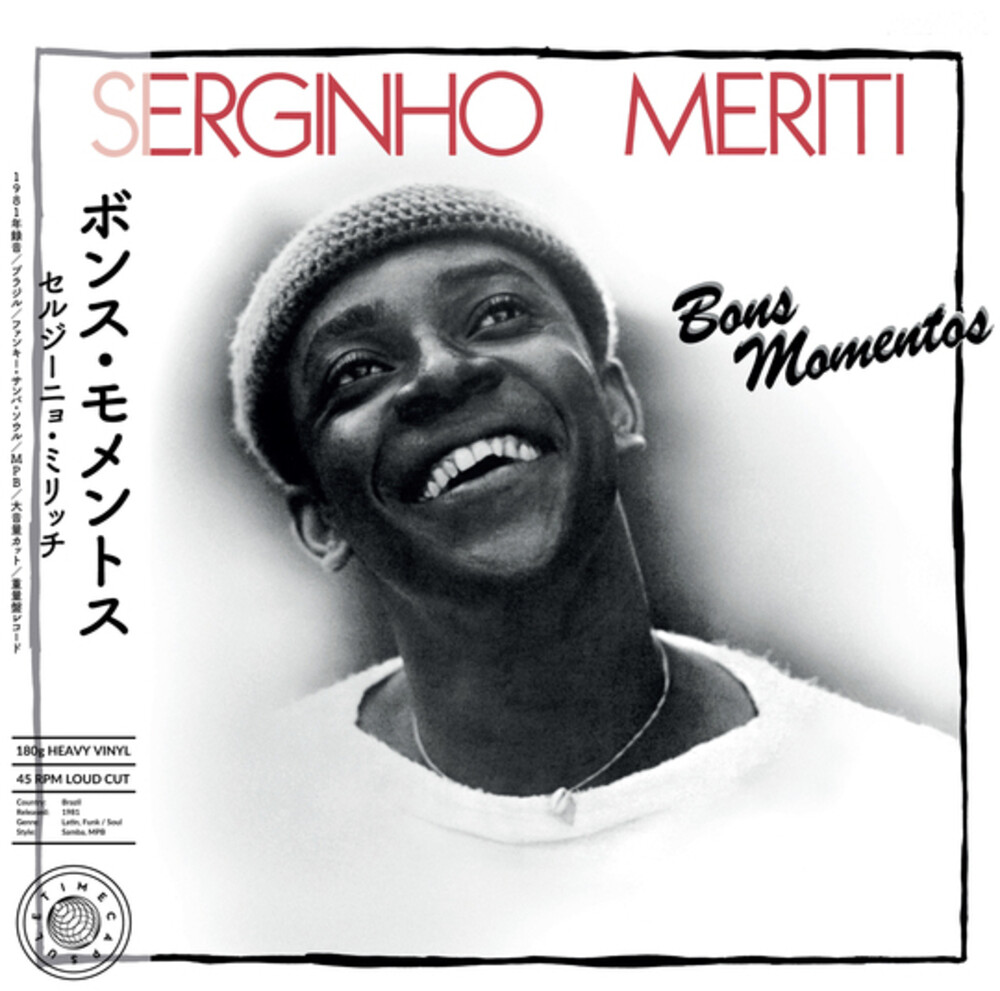 Inspired equally by the soul and funk of the Black Rio movement and the samba rock innovations of Jorge Ben, Serginho Meriti's classic debut album presents one of the best - if least known - examples of funky Brazilian soul. Brazil's Black Rio movement had a lasting impact on the country's marginalised black youth. Inspired by the African-American Civil Rights Movement and the revolutionary, politically conscious soul and funk being produced by the likes of James Brown, Curtis Mayfield, Gil Scott Heron, Billy Paul and Nina Simone, a new scene began to incubate in Rio's poor and oft-neglected North Zone - one which put black culture front and centre. At bailes funk (funk balls) revellers proudly sported afros and danced to their own beat while artists such as Banda Black Rio, Trio Ternura, Tim Maia and Emilio Santiago subverted officially-sanctioned Brazilian styles by fusing elements of imported soul, funk and jazz with samba rhythms to create a new form of music they could call their own. SĂ©rginho Meriti was one of many young artists caught up in the excitement of the movement. Born SĂ©rgio Roberto Serafim and raised in the north Rio suburb of Meriti (from which he'd take his stage name), he began his career with Black Rio funk/soul outfit Copa 7, for whom he penned the stridently funky dance floor hit Som Da Copa 7. Snapped up by Polydor at the turn of the 80s, Bons Mementos was his first work as a solo artist. It's the work of a young musician brimming with musical ideas and creating a new take the Black Rio sound - one he would refer to variously as Meritiense (the sound of Meriti) or as Electric Samba. The title track is perhaps the perfect distillation of his ideas, mixing Black Rio's funky bass and guitar lines with a healthy dose of the samba rock style developed by Jorge Ben, a pinch of eighties synths, and some of the best call-and-response female vocals this side of Fela Kuti. The result is a potently-rich musical stew that has made the track a compilation favourite and the album hugely collectable among funk connoisseurs. Elsewhere on an all-killer-no-filler effort, Madureira adds reggae-fied guitar rhythms and low-slung bass to the mix while Malandro's added bursts of brass give playful homage to Glenn Miller's Big Band standard In The Mood. Memorias demonstrates Meriti's mastery of tempo. Beginning with a languid slice of samba rock the track abruptly changes speed half way through for a bright and zippy finish of brass-heavy funk. Serjane adds layers of flute and saxophone the latter adding to the natural warmth of Serginho's rough-hewn vocals. Tipo is a classic funk workout with some deliciously squelchy synths, while Batalha ends the album with a warm slice of funk, it's yin and yang melding of joyful horn bursts with mournful vocals a potent demonstration of the sadness that underpins the album's seemingly sunny soul. Interviewed recently, Serginho says the message he wanted to convey was that of "love, equality, [and] a portrait of how we were living at the time... The story of black people coming to Brazil, and the dissatisfaction of our life". It's a thought worth bearing in mind while taking in this shimmering gem of an album; one that was crafted with a yearning wish (as yet unfulfilled) that Black Rio's dreams for black equality in Brazil might one day be realised.