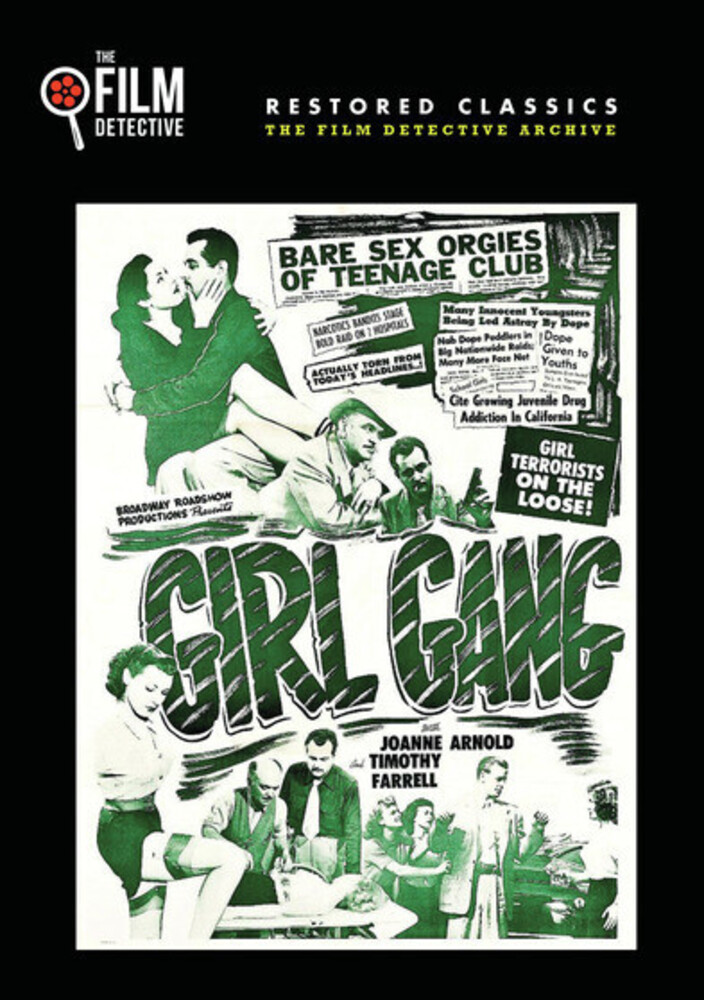 A group of teen girls fall under the influence of a sinister gangster; they're soon hooked on drugs, working as prostitutes, and committing robberies. This Z-grade gem, filled with cheesy acting and awkward film effects, was produced by George Weiss, the schlockmeister who funded such \classics\ as Glen or Glenda, and Olga's House of Shame. Timothy Farrell, who stars as \Big Boss Joe\, appeared in many Ed Wood movies and other low budget features. He's at his sleazy best here!