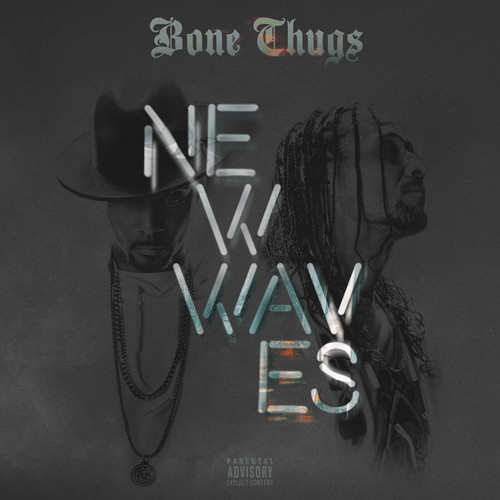 Bone Thugs and harmony are one of the best-selling rap groups of all time. Their Grammy® nominated album “E 199 Eternal” has sold over 8 million copies and they have 5 platinum albums to their credit. They have sold over 20 million albums worldwide and are the only group to have recorded with Eazy E, 2 Pac, Notorious B.I.G and Big Pun while they were still alive. They’ve had 10 #1 Billboard R&B singles and MTV called them the most melodic hip hop group of all time. Their own label MO THUGZ Records was extremely successful launching platinum solo albums by Krayzie Bone and Bizzy Bone. Their most recent album “UNI5: The World’s Enemy” was released on Warner Bros/Reprise in 2010, debuting #14 on the Billboard Top 200 album chart. Bone Thugs “New Waves” is the proper follow up to “UNI5: The World’s Enemy”. Featuring the recorded reunion of Bizzy and Krayzie Bone, the album also includes performances from all the member of Bone Thugs and harmony. The album features melodic classics that all the Bone Thugs and Harmony fans love. The first 2 singles are homeruns. “Coming Home” featuring Stephen Marley and “I Wish Heaven Had A Cellphone” featuring Tank.