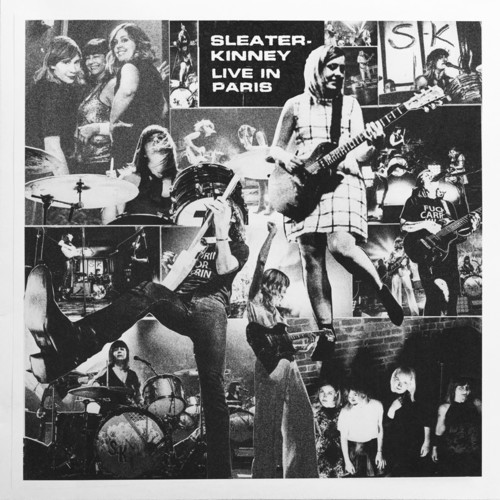 Live in Paris is the first official record of Sleater-Kinney’s famously blistering stage performance. The thirteen track album, which features Carrie Brownstein, Corin Tucker, Janet Weiss, and touring member Katie Harkin, was captured on March 20th, 2015 at the Paris’s historic La Cigale venue, during the band’s sold-out, international tour in support of their acclaimed eighth album, 2015’s No Cities to Love. Live in Paris includes songs from nearly every Sleater-Kinney album, including No Cities to Love, The Woods, One Beat, The Hot Rock, Dig Me Out, and Call the Doctor. The recording was mixed by John Goodmanson at Avast and mastered by Greg Calbi at Sterling Sound.
back to top