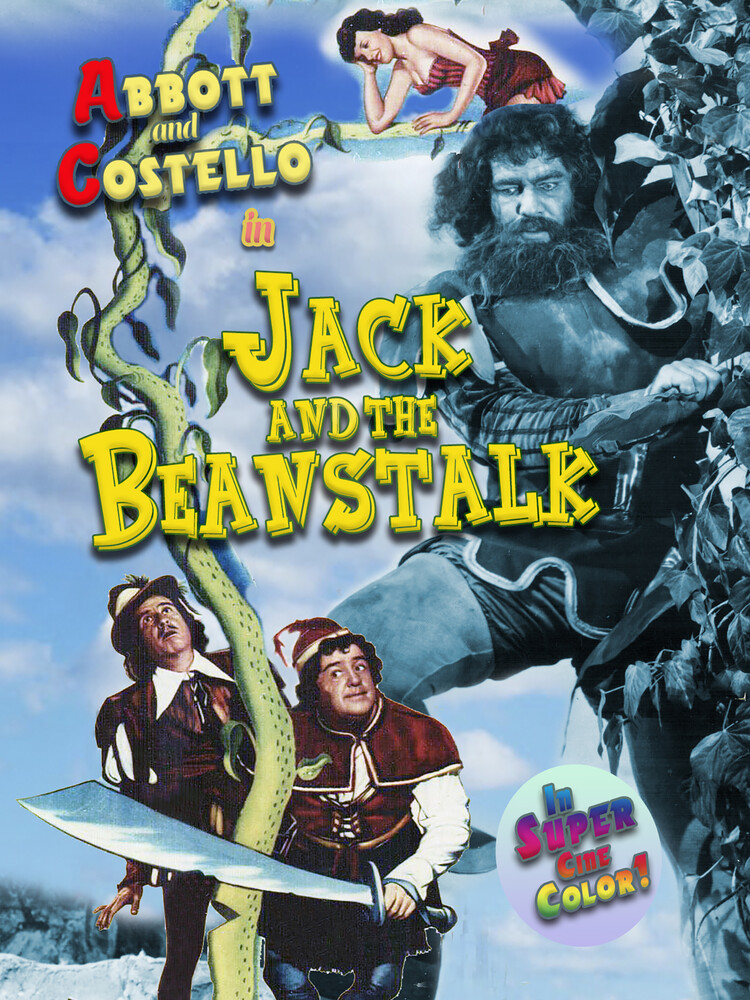 Available now in glorious color and in a new 4K restoration from an original 35mm archival print! These superb zanies have contemporized a universal fable. Choosing as their adversary the most famous giant in all literature, Dink (Lou Costello) and Jack (Bud Abbott) declare their intention to rescue the princess and the hen which laid the golden egg. They get captured and the fun really begin! Note: the film begins in sepiatone and then changes to color. Plus contains a bonus Abbott & Costello film - "Africa Screams" (1949), digitally restored in HD.