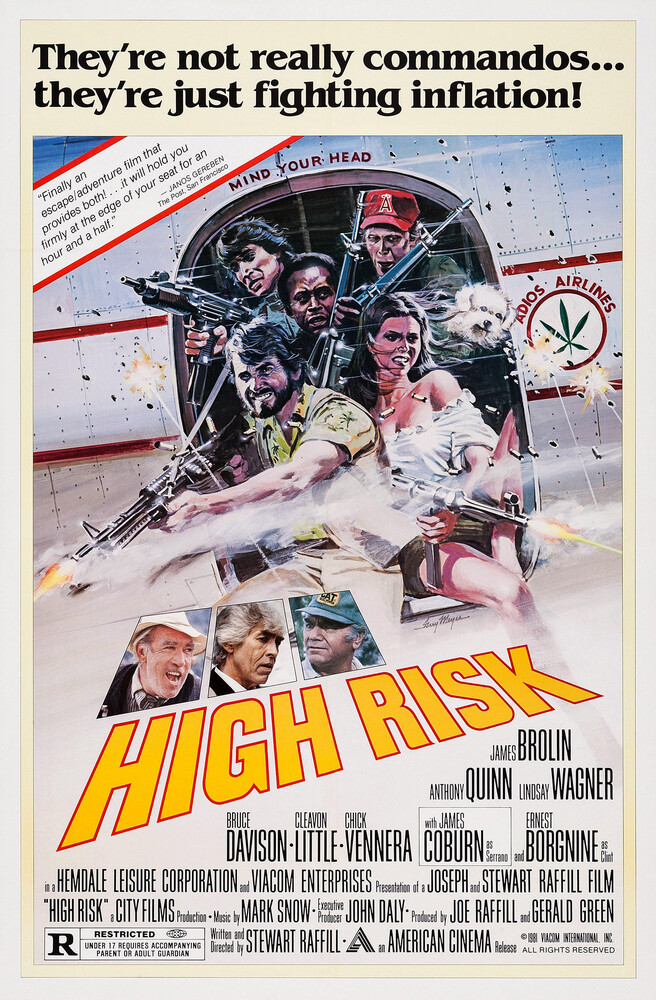 Unusual blend of action adventure and comedy: 4 typical white-collar Californians (led by Brolin), fed up with barely making it, head down to the jungles of South America to steal a cool $5 million out of the safe of a drug kingpin (Coburn). But, as they soon find out, and the audience is a step ahead of 'em, getting in was the easy part. Besides the drug lord, who has a police force on his side, the 4 buddies also contend with a gang of bandits (led by Quinn, ornery in that good-natured way). Lindsay Wagner, formerly the Bionic Woman, pops up as a weed-smokin' American trapped in a jail cell