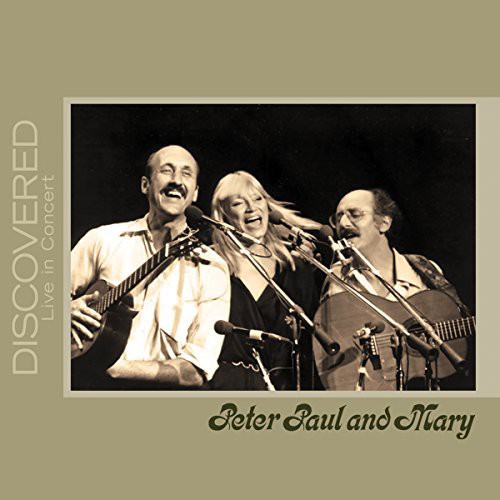 Live Collection Of Unreleased Performances With 12 Songs Never Before Heard On The Legendary Trio's Albums. Until now, only fans fortunate enough to see the trio live during the eighties and nineties were able to hear performances of songs like Leadbelly's "Midnight Special," Kate Wolf's plaintive "Give Yourself to Love," and Noel Paul Stookey's, zany "Parallel Universe." Only one song on the 13-track collection was released before: "Mi Caballo Blanco," which appeared on Peter, Paul and Mary's 2004 boxed set Carry It On.