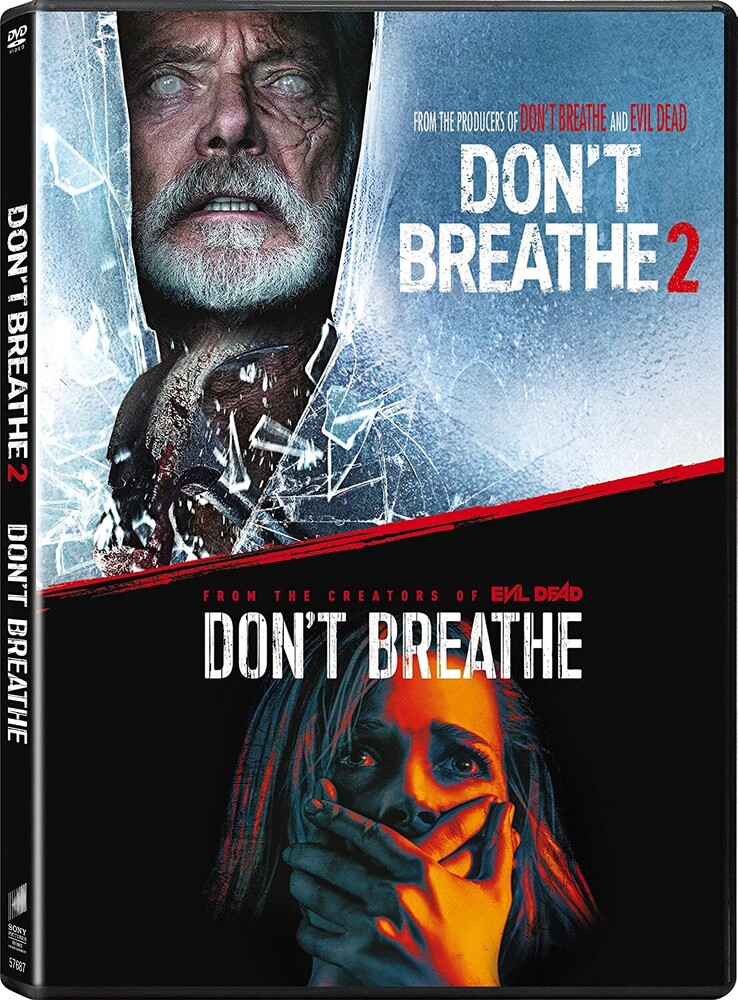 Don't BreatheFrom the twisted minds behind EVIL DEAD comes a new terrifying experience. Three young thieves (Jane Levy, Dylan Minnette, Daniel Zovatto) fight for their lives after breaking into the home of a blind man (Stephen Lang) who has a dark side. Don't Breathe 2In the thrilling sequel to the breakout hit, Don't Breathe 2 reprises Norman Nordstrom (Stephen Lang), who has been hiding out for several years in an isolated cabin. He lives with a young girl and has recreated the family stolen from him by a drunk driver. Their quiet life together is shattered when a group of unseemly criminals kidnap her. Norman is forced to tap into even darker and more creative instincts in an effort to save her.