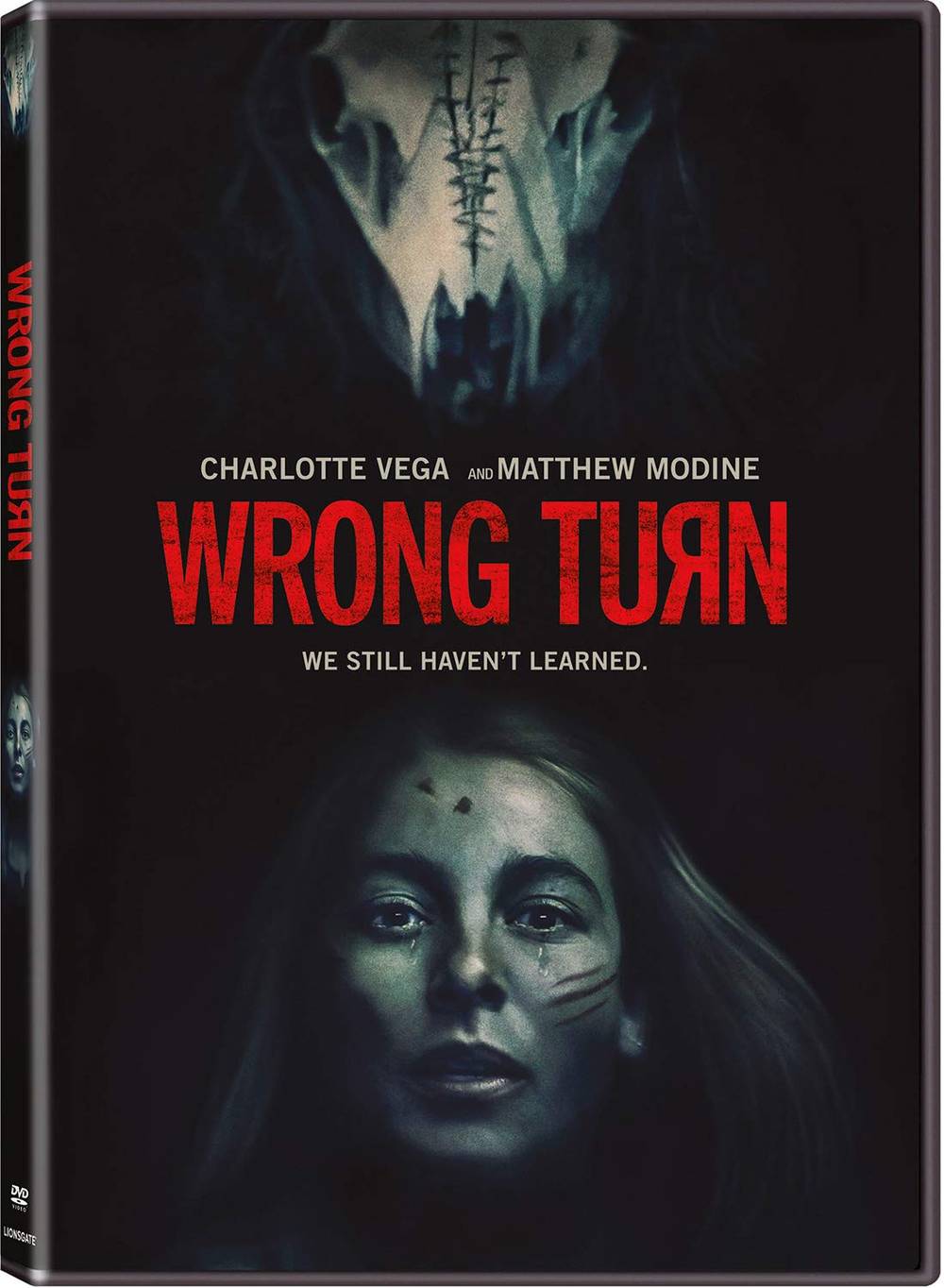 Deep in the Appalachians, a group of hipster hikers decided to diverge off their trail in search of a legendary Civil War fort. That proved to be an unwise move, as it brought them into territory that a survivalist cult has laid claim to since the 1850s... and they don't have a lot of tolerance for visitors. Intense sequel/reboot for the fear franchise, written by original "Wrong Turn" scribe Alan McElroy, stars Charlotte Vega, Adain Bradley, Emma Dumont, Dylan McTee, Daisy Head, Bill Sage, and Matthew Modine. AKA: "Wrong Turn." 109 min. Widescreen; Soundtrack: English