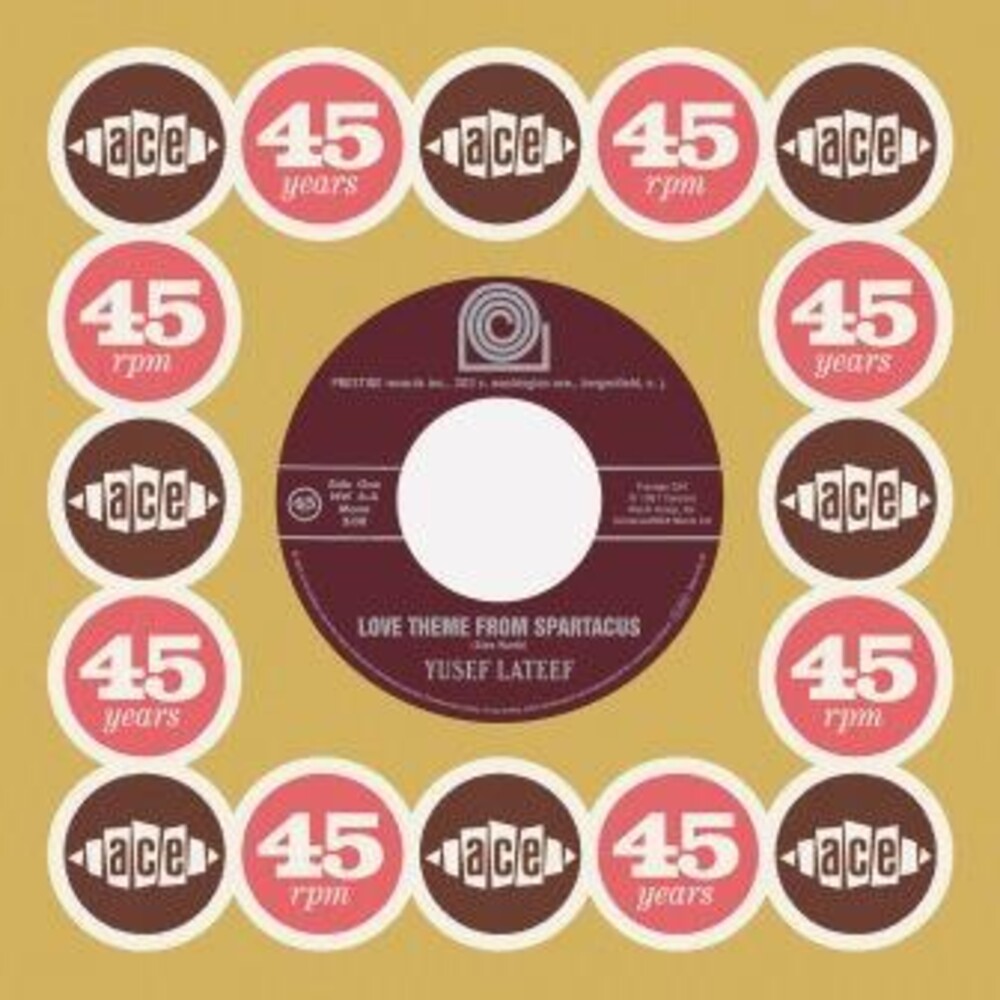 BGP's contribution to Ace's 45th Anniversary are these two perfect examples of modal jazz in their super-rare 7-inch versions, both fine examples of the genius of saxophone great Yusef Lateef. First up is his incredible arrangement of Alex North's 'Love Theme From Spartacus'. Released on his "Eastern Sounds" album, it has long been a favourite of collectors and DJs. The rare 7-inch edit is incredibly expensive to buy on original release and is reissued here for the first time. Equally difficult to track down is the studio version of Lateef's 'Brother John', which he recorded whilst he was a member of the Cannonball Adderley Quintet and which was only released as the B-side of the single 'Tengo Tango'. Lateef's own version from his live LP for Impulse is a jazz dance classic; this version is an under-appreciated gem.