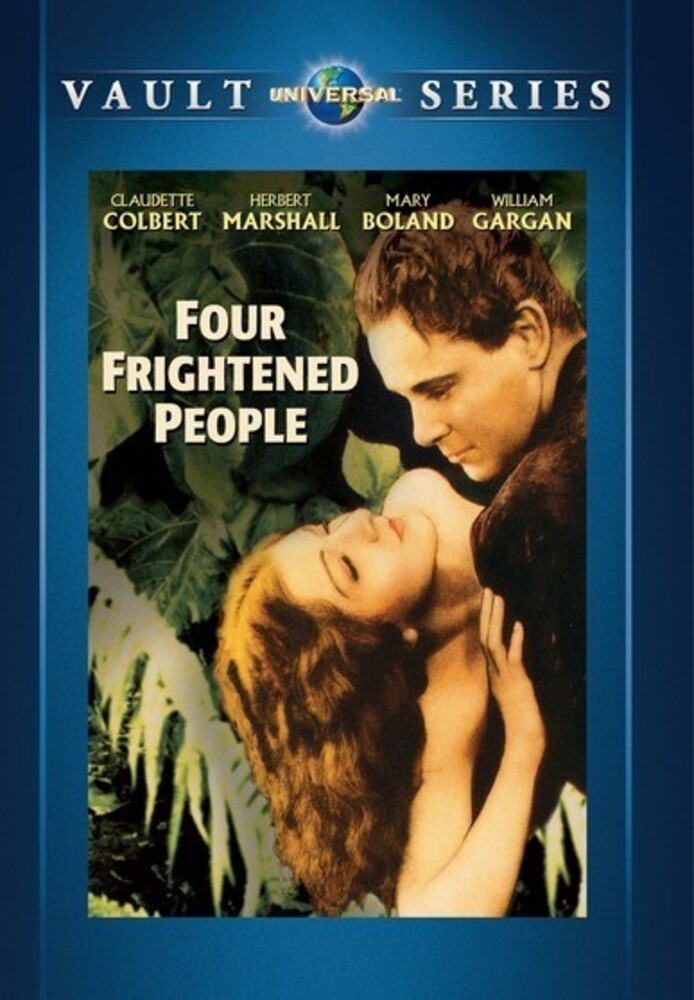 Screen legend Claudette Colbert leads an all-star cast in the adventure-filled Four Frightened People directed by Cecil B. DeMille. When a deadly bubonic plague breaks out on a coastal steamer ship, four passengers steal a lifeboat and set sail on a mission of survival. They land on a remote Malayan island and soon shed all trappings of their former selves. After their native guide is suddenly murdered, they find themselves at the mercy of hostile islanders and must use their newfound survival skills if they are going to escape a terrible fate. Co-starring Herbert Marshall, William Gargan, Mary Boland and Leo Carrillo, this lost treasure highlights the versatility of one of Hollywood's most successful filmmakers.