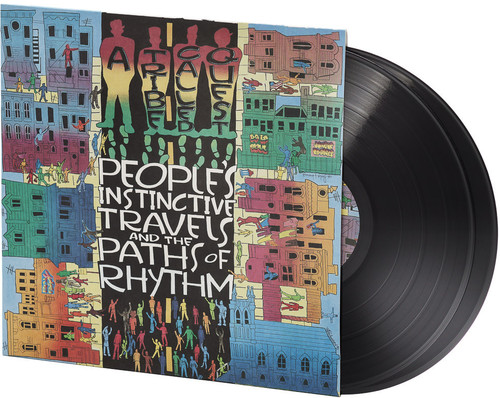 People's Instinctive Travels and the Paths of Rhythm is, quite simply, one of the finest albums in hip-hop. It's easy to argue that a Tribe Called Quest reached their zenith on this, their debut album: though they went on to produce another world-class disc (The Low End Theory) and broadened their palates and their consciousness, never again were they quite this naturally free and easy. Q-Tip and Phife's delivery is deceptively simple, flowing like wine and tasting like candy, and Jairobi adds some contrast. The music, so self-assured that it never raises it's voice to make a spectacle, follows suit. Four albums later, on their last tour, songs from Paths of Rhythm still were at the top of the set list. - Randy Silver.