Don't Shut Down Your Radio 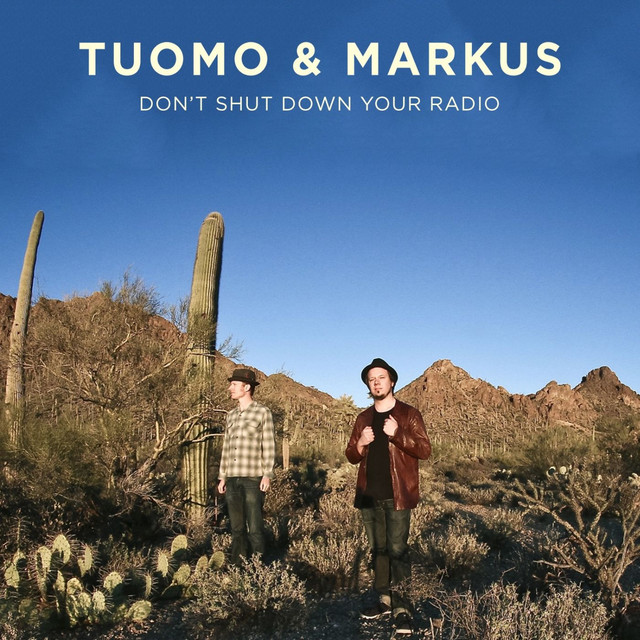 “Tuomo & Markus is a new musical project from acclaimed Finnish soul/jazz artist Tuomo Prättälä and singer/songwriter Markus Nordenstreng of The Latebirds. The duo’s music has been described as Nordic Americana and neo folk with jazz, soul and prog-rock influences. Their haunting harmonies complement each other much like in the cases of Simon & Garfunkel or Crosby Stills Nash.

Since the sessions in Arizona Tuomo & Markus have transformed into a stellar 6-piece live band, featuring Finnish jazz trumpet sensation Verneri Pohjola. Jazz and psychedelic influences have become more and more evident at their ambitious live shows, drawing the attention of critics like David Fricke who hailed the band in Rolling Stone Magazine recently and Kevin Cole from KEXP who in turn invited Tuomo & Markus for a live session when they performed in Seattle.

The duo’s music has been featured in various films, documentaries and commercials.

‘Dead Circles’ will be released in North America through Schoolkids Records/Redeye Distribution in September 2018. “