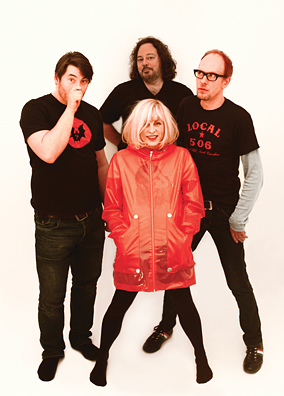 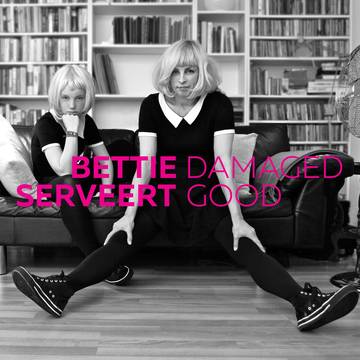 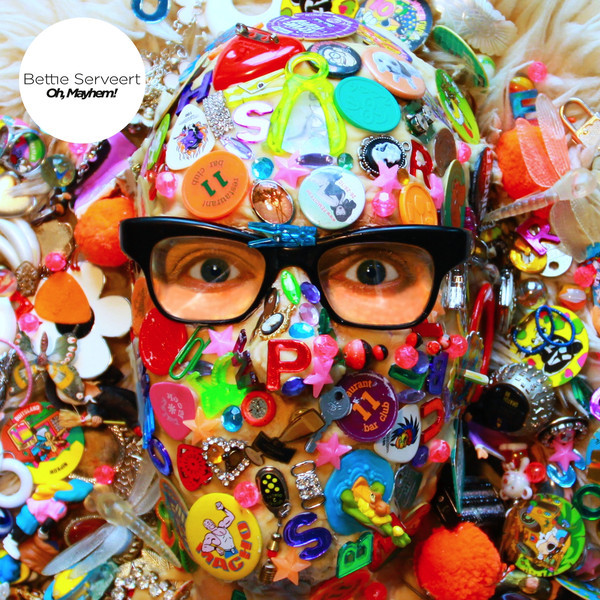 The story begins when Canadian-born (Vancouver), Netherlands-reared Carol van Dyk was hired as the live-sound mixer for the celebrated underground band de Artsen (the Doctors). Bunskoeke and Visser were already members, Dubbe was their roadie and the musical side project in which all four friends participated became Bettie Serveert. (Since you ask, the name means "Bettie to serve" after Dutch tennis player Bettie Stöve, who lost the Wimbledon Ladies Final in 1977).

After a false start in 1986 when they dissolved after only one gig, the band reformed in 1991 and quickly caught the ear of Matador, Brinkman and 4AD's Guernica label for whom they kindly agreed to record their first album 'Palomine', which was released late 1992/early 1993. Two years later in January 1995 the band recorded their second album 'Lamprey', which was hailed by Melody Maker as the most tangled, desolate, real life guitar sound of the year.

1997 saw the return of Bettie Serveert in fine form with the release of the long awaited third album 'Dust Bunnies'. It was the first time the Betties benefited from the studio guidance of producer Bryce Goggin (Pavement, Lemonheads). It was the first Bettie Serveert disc that was recorded entirely within the United States, at Bearsville studio in scenic Woodstock, New York.

After touring with Wilco & Counting Crows, Berend Dubbe left the band early 1998 and was replaced by Reinier Veldman, former drummer of De Artsen.

Then, after a period of relative radio silence, Bettie Serveert entered the new millennium with 'Private Suit', their first studio album in two years. Produced by John Parish.

The sabbatical was spent re-fuelling, studying and writing. Peter Visser was a hired gun for a while, Herman Bunskoeke learned to be a cook and Carol released 2 records of 'Americana' songs under the guise of Chitlin' Fooks (a collaboration with Antwerp based songwriter Pascal Deweze).

After a year the band returned with 'Log 22' in March 2003. Their newfound freedom and Peter's 16-track home recorder made for a veritable sonic trip.

They received their first gold record for their CD 'Palomine' in the Netherlands in 2003.

Between 2006 and 2008 they toured in the USA, Canada, Germany and Spain and did a long theatre tour in the Netherlands.

In October '09 Peter and Carol did a project with 'In A Cabin With' in Australia. In cooperation with Australian musicians like Russell Hopkinson (You Am I), Matt Wicks, Andrew Morris and Ben Salter (The Gin Club) they recorded an album in Sydney and Byron Bay. The project is called 'ME & STUPID' and was released in the summer of 2010.

Between April 6 and 10 2009 the Betties were in the La Chapelle Recording Studios in Belgium, recording a CD with Joppe Molenaar (of the Dutch band Voicst) as their special guest on drums. On 'Pharmacy of Love', the band found itself 'back to basic': capturing their raw, contagious energy people have come to know from their many live performances through out the years.

On Nov 27th 2009 their new Single/EP 'Deny All' was released on iTunes, together with their entire back catalog.

Their 9th CD 'Pharmacy of Love' was released on January 11th 2010, followed by a tour in the Netherlands, Belgium, UK, Canada & the USA.

August 2011 the Betties had their 20th Birthday Party at the Paradiso in Amsterdam, playing the entire Palomine CD with Berend Dubbe on drums.

In April 2012 they returned to the La Chapelle Studios in Belgium to record their new album with Joppe Molenaar on drums.

The 10th album of 'Dutch indie-rockband' Bettie Serveert will be released early 2013. 'Oh, Mayhem!' is the title of the CD, which has been described by insiders as being their most audacious disc since their debut album Palomine from 1992. The follow-up on Pharmacy of Love (2010) finds the band more energetic and confident than ever.

Guitarist Peter Visser explaining the making of Oh, Mayhem!: "When we booked the studio, half of the songs still had to be written. This turned out to be a benefit: the record is very spontaneous. All the instruments were recorded simultaneously. The advantage is that you can look each other in the eye while playing and there's more interaction; you can feel the energy"

Prior to the album, the 'Betties' released their new single Had2Byou, on Oct 18th '12 (digital only) with a special b-side called Situations/Complications, a cover of the legendary Dutch band Caesar.

In March 2014 Carol van Dyk wrote a song called Never Be Over and to her surprise the rest of the band instantly fell in love with it. After several attempts to record the song, they decided to get help from some friends.

Carol van Dyk: "The early versions of Never Be Over didn't 'sound' the way I heard it inside my head and no matter what I tried, I just couldn't sing it the way I wanted to. I'm not a technically skilled singer. At the time Peter and I were doing a 'The Cure-cover tour' in the Netherlands with Prof. Nomad (aka Bartel Bartels), so I suggested to him that I could re-write it and we'd find a better singer to do the song. Long story short: it took one hour to come up with a different version, we recorded the song with the help of some amazingly talented friends and I ended up doing the vocals myself!"
Never Be Over was released (digital only) on January 11th '16 worldwide through PIAS.

This Fall, on their 25th Birthday, Bettie Serveert is releasing their brand new album 'Damaged Good' and the ballad 'Never Be Over' will be included on their 11th record, followed by an extensive tour in the Netherlands.
'Damaged Good' is one of 'The Betties' most diverse albums so far, including songs barely 60 sec long up to an 8 min epos and everything in between. Itâ€™s a â€˜big storyâ€™: intense, raw, tender, but mostly passionate and fierce. Some songs will definitely remind people of their classic 'Palomine', the debut album that started everything 25 years ago. The album is recorded and mixed with Jesse Beuker, with whom Peter and Carol have worked before on their Australian project 'ME & STUPID'.

The release date of the CD 'Damaged Good' is Oct 28th 2016, the LP will be out a week later on Nov 4th and it will be released digitally worldwide on Palomine Records and PIAS (Distribution). Prior to the album there will be a single called 'Love Sick' (digital only) on Oct 14th: a rock-duet with Peter te Bos, the singer of the famous Dutch band Claw Boys Claw.